You finally have everything organized only to see piles or messes creep up the next day, week or month.  The unfortunate truth is that home organization isn’t a one and done process; it’s a system that takes ongoing maintenance and tweaking to make it effective.  But don’t let that discourage you! If you can’t stay organized, then read on for some common reasons and what you can do to fix it.

Everyone is too busy these days.  But if something is really important to you then I bet you can find time to squeeze it in.  If organizing really is a priority for you, then fit it into your schedule. And the beauty of organizing is that it can actually save you time!

When you’re organized, you won’t spend time searching for stuff, redoing missing paperwork, or spending hours straightening up.  You may have to make some short-term sacrifices (goodbye Netflix binge, at least til you’re organized) but you’ll end up with more time in the long-run for the things that are important to you.

Once your home is organized, you will have to put some effort into maintaining it.  If you’ve organized well, then maintenance will only take a minimal amount of time.  And once your new routine becomes a habit, it will seem like it takes no time at all.

Lesson: Make small time sacrifices to get organized and you’ll see a big payoff in the long run.

You cannot organize clutter!  It’s probably the number one mistake people make.  If you haven’t taken the time to declutter or you have a really hard time letting go of stuff, then you don’t have space for the stuff that you really need and use.

Take a good look around your home and I’ll bet you’ll find stuff you no longer use, too many sentimental items and a stack of ugly sweaters your mother-in-law gave you.  I’m not saying you have to become a minimalist (I’m not) but you could probably live without at least 20% of your stuff.

Even if you think you’ve decluttered, take another look and challenge yourself to get rid of more stuff.  I’ll bet you’ll be surprised by how much more you can get rid of.

Lesson: Go back to the decluttering steps, then organize.

Not Fixing Systems That Aren’t Working

You might not find the right organization system for you the first time you try.  That doesn’t mean organization doesn’t work. It just means that you need to try a different tactic.  Don’t let that be your reason to give up.

Identify the areas that aren’t working and brainstorm a different way to organize it.  Think about how that space is used and who is using it. It could be that it works for one person but not another.

When my oldest daughter was little she loved playing with the Polly Pocket type dolls that have a bunch of clothes and tiny accessories.  I went out and bought an intricate container with lots of different compartments so all the items could be ultra organized because that’s the way I would want it organized.  But she was never cleaning up the dolls and I finally realized it was because my approach was trying to force her to be hyper-organized. She was too little for that level of detail and it also just didn’t work with her personality either.  So I finally figured out that one bigger container worked better for her and then it wasn’t such a chore to clean up.

Lesson: Don’t try to fit the square peg into the round hole.  Don’t try to force a system that’s not working. Come up with a new solution.

Spend time thinking about how each area needs to be organized but don’t get caught up in analysis paralysis.  At some point you need to take action. And if it turns out that it’s not perfect, try again.

It’s perfectly fine to want to save money for an expensive solution but you still can find cheaper methods to organize until then.  By trying out some less expensive methods, it will help you learn what you need out of an expensive organization solution, saving you money in the long run.  Expensive solutions don’t usually help you organize better, they just typically look better. 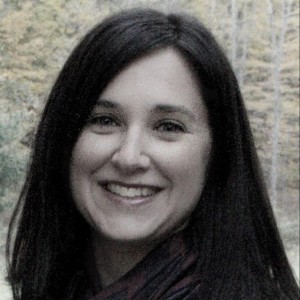